Doug founded World Business Lenders in 2011. He has over 28 years of business-building and risk management experience in the financial services industry, during which he has focused on the development, structuring, trading, hedging and distribution of financial products on the retail and secondary markets. As Managing Director and Global Head of Residential Lending and Trading with Deutsche Bank, Doug successfully executed and managed business activities on five continents, including high-profile transactions in the United States, Colombia and Saudi Arabia. Prior to this role, Doug served as the Chairman and CEO of MortgageIT, which he founded in 1999, led through a successful IPO on the NYSE, placing it among the 10 largest mortgage banks in the United States, and sold to Deutsche Bank in 2007. Doug also founded and served as the Chairman and Chief Executive Officer of IPI Skyscraper, which became the largest mortgage broker in the Northeastern U.S. before its private sale. Robert is an attorney and CPA with over 30 years of global experience in commercial/consumer lending and banking. Robert was previously COO of a de novo mortgage banking subsidiary of a Deutsche Bank advisory client in Bogota, Colombia. He has served as Project Manager and consultant for Deutsche Bank’s Global Markets Latin American group, and Executive Vice President and Chief Lending Officer of OceanFirst Bank after it acquired Columbia Equities, where he was President and COO. Robert has served on the Advisory Boards of the Federal National Mortgage Association (FNMA) and the Federal Home Loan Mortgage Corporation (Freddie Mac). Kerry oversees production for WBL. He is a 25-year veteran in the financial services industry with extensive experience in sales production, business development and process management. From 2006 to 2010, in his role as Director at Deutsche Bank, Kerry was responsible for all U.S. based lending initiatives for the Bank and facilitated the financing of Fortune 500 real estate portfolios. From 1999 to 2006, he served as Director of Production at MortgageIT, where he was responsible for the retail lending initiative that contributed to MortgageIT’s successful IPO. 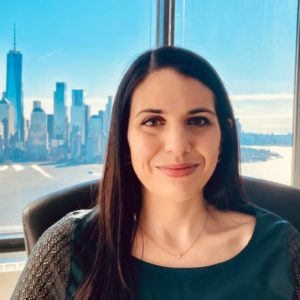 John joined WBL in September of 2022. He is a dynamic business leader with over 25 years of demonstrated success in maximizing profitability and long-term growth. For the last 12 years, John has transformed several consumer lending divisions within the mortgage industry, including Ocwen/PHH, Freedom Mortgage, and Nationstar Mortgage. In these roles, he developed strategic direction, optimized operational processes, and increased profitability while enhancing the customer experience. Prior to entering the mortgage industry, John spent over 10 years leading Marketing and Analytics within the auto lending and credit card industries, at Citigroup and Capital One. He also spent several years as a business process consultant, where he improved operational efficiencies for multiple clients across retail commerce, manufacturing, healthcare, and financial services industries. Andy joined World Business Lenders in 2011. He is an attorney and a corporate executive with over 30 years of experience in the financial services industry. During 2007, Andy joined Deutsche Bank, at the time of its merger with MortgageIT. He served as General Counsel of MortgageIT from 2005 until mid-2008, at which time he became responsible for various business development initiatives in Emerging Markets. Prior to joining MortgageIT, Andy served as Senior Vice President and Assistant General Counsel at GreenPoint Financial Corp.; led the employee benefits practice at the law firm of Cullen and Dykman; and was a Tax Manager at Arthur Andersen & Co., the public accounting firm. Cem joined the Company in 2012 after receiving a Master of Science in Financial Engineering from Columbia University. Currently, in his capacity as Senior Investment Officer, he manages the underwriting of loans along with credit risk policies and procedures. Also, during his tenure with WBL, Cem has overseen portfolio reporting, systems development and loan operations. Cem completed his undergraduate degree in Systems Engineering at George Washington University. Eliot joined WBL in 2013 after a 21-year career in financial services and investment banking. Prior to WBL, Eliot was an owner of a boutique investment banking and advisory firm that specialized in short-term bridge financing, real estate investment, complex structured debt transactions, asset securitizations and the analysis and capitalization of frequent-payment loan portfolios. Prior to this, Eliot was Managing Director of an investment banking firm that specialized in real estate finance, M&A advisory and merchant banking, where he was instrumental in the completion of $400 million of commercial real estate transactions and M&A or capital raise assignments for small companies. Leonard leads World Business Lenders’ Information Technology and Project Management departments. Leonard has over 20 years of related experience in information technology and project management, and holds certifications in PRINCE2, Six Sigma, Scrum and a Master of Science in Information Systems Management. Prior to joining World Business Lenders in 2018, Leonard served in various IT management roles, both within the U.S. and internationally, for Fidessa Corporation and Next Media/Next Online. Brian McKay joined WBL in 2022 as the company’s Chief Accounting Officer. Brian has over 20 years of experience in lending, accounting, and finance.  From 2001 to 2020, Brian held several roles at AgCountry Farm Credit Services in commercial lending, credit, operations and ultimately served as the company’s Chief Financial Officer. Most recently, Brian served as CFO of FEI, Inc., a manufacturer and distributor of agricultural related equipment and parts. Brian brings extensive experience in technical accounting, internal controls, and administration of lending operations to WBL. Christopher brings over 14 years of real estate-secured lending experience. Since joining World Business Lenders in 2012, Christopher has been responsible for referral partner relations, originations/structuring and sales management. Prior to World Business Lenders, Christopher was an associate in Deutsche Bank’s residential mortgage-backed securities group and was responsible for originations, nonperforming loan workouts and supporting the financing of Fortune 500 real estate portfolios. Christopher began his career at MortgageIT in 2005 as an Account Executive. Robert joined WBL in 2015, bringing over 20 years of commercial lending experience to the firm. Robert is a Sales Manager for WBL’s Wholesale division, responsible for originating new loans through our referral partners and structuring each loan to fit our clients’ needs. During Robert’s career, he held production-focused positions at some of the largest financial firms in the country, including Citigroup and Wells Fargo (Legacy Wachovia), where he originated commercial and industrial loans. Immediately prior to joining WBL, Robert successfully ran his own commercial loan brokerage firm, which provided a wide array of financing options for its clients. 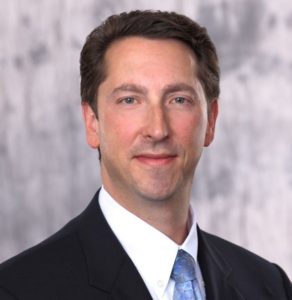 Phil Grossfield is a Senior Vice President in WBL’s Production division, bringing over 20 years of sales and leadership experience to the firm. In his most recent role before joining World Business Lenders, Phil served as Vice President of Non-QM Lending at NewRez, LLC and played an integral role in the buildout, launch and multiple channel growth of their highly successful Non-QM mortgage products. From 2002 to 2008, Phil served several roles at MortgageIT and Deutsche Bank, leading the nation in wholesale mortgage loan productivity and breaking sales records in virtually every category. John joined World Business Lenders in 2013, bringing over 20 years of sales experience to the firm. He currently manages a growing wholesale team and is responsible for referral partner relations and originations/structuring. Prior to World Business Lenders, John launched and successfully managed his own business from 2005-2012 and, before that, he was the top producer at The Sutherland Group, an inbound/outbound telecom products provider. Kirill joined World Business Lenders in 2014 and has over 10 years of experience in the financial services industry. He leads the Business Intelligence department and is responsible for management reporting, forecasting and budgeting. Kirill holds a BS in Finance from Fordham University and earned his CFA charter in 2013. Karen, a senior portfolio manager, serves as Head of Loan Administration. She has been with the company for 8 years and is also responsible for the development of multiple proprietary financial models for the company. Karen holds an M.S. in Quantitative Finance.

Business loans are offered by World Business Lenders, LLC or its affiliate, WBL California, LLC, a licensed California Finance Lender and Broker (License # 60DBO-41841). Each lender requires certain supporting documentation with each new application. All applications are subject to the lender’s eligibility requirements, underwriting guidelines, other terms and conditions, approval and acceptance.